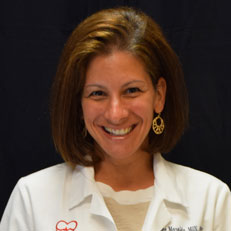 After pioneering the role of the acute care nurse practitioner over nearly a decade in Philadelphia, New York, and Chicago, Diane joined Hamilton Cardiology Associates in August, 2004. She had graduated with her Bachelor of Science in Nursing from The University of Pennsylvania School of Nursing with Summa Cum Laude honors in 1992, and later returned to PENN, graduating with her Master of Science in Nursing in the newly developed Critical Care Nurse Practitioner program in 1995. Diane has also held an adjunct faculty position as a clinical instructor at the University Of Illinois School Of Nursing. She has been a contributing author to The Journal of Cardiovascular Nursing, as well as to a cardiothoracic surgical nursing textbook. Prior to joining Hamilton Cardiology Associates, Diane worked as a Cardiology Nurse Practitioner at Westchester Medical Center in Valhalla, NY, where she specialized in the area of Heart failure and Cardiac Transplantation. She has served as a Guest Lecturer and Preceptor for the College of NJ School of Nursing Nurse Practitioner Program.

With over a twenty five year career as a Nurse Practitioner in cardiovascular disease, Diane works primarily in collaboration with Dr. Mahmoud Ghusson, President and CEO, with whom she sees office patients.  In addition to her clinical responsibilities, she performs an administrative role as the Director of Clinical Operations. In this capacity, she oversees all clinical operations within the practice, as well as oversight of all Critical Personnel and nursing staff.