Plain old snoring can get a little annoying, especially for someone listening to it. But when a snorer repeatedly stops breathing for brief moments, it can lead to cardiovascular problems and potentially be life-threatening.

It’s a condition known as sleep apnea, in which the person may experience pauses in breathing five to 30 times per hour or more during sleep. These episodes wake the sleeper as he or she gasps for air. It prevents restful sleep and is associated with high blood pressure, arrhythmia, stroke, and heart failure. 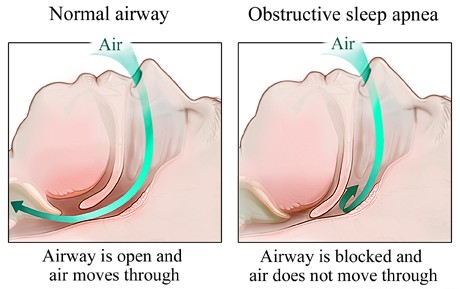 “The evidence is very strong for the relationship between sleep apnea and hypertension and cardiovascular disease generally, so people really need to know that,” said Donna Arnett, Ph.D., chair and professor of epidemiology at the School of Public Health at the University of Alabama at Birmingham and the incoming president of the American Heart Association.

Listen to Those Snoring Complaints

Often a roommate or sleeping partner of someone with sleep apnea notices it. “It’s really hard to detect if you live alone, unless you go through a sleep study,” Dr. Arnett said. People with sleep apnea may be more tired during the day, she said, and therefore prone to accidents or falling asleep.Dr. Arnett told of her own family’s experience with sleep apnea. She accompanied her 73-year-old mother, Lela Arnett, on a trip to Germany and heard her make loud snorts during the night.It got so noisy that Donna Arnett ended up sleeping in the hotel room’s bathroom with the door closed. It turns out her mother had sleep apnea and severe hypertension. Her mother knew she sometimes awoke when she took big breaths, but she didn’t realize the severity of what was happening.

It keeps air pressure in the breathing passages so they don’t close down. Some patients have bad reactions to the masks, Dr. Arnett said, but their design has evolved significantly, making it easier to find a suitable one.

In a sleep study, doctors count pauses in breathing to determine whether the patient has mild sleep apnea, characterized by five to 15 episodes per hour; moderate sleep apnea, defined by 15 to 30 per hour; or severe sleep apnea, meaning more than 30 each hour.

It’s certainly possible to have simple, loud snoring without sleep apnea. But with regular snoring, the person continues to inhale and exhale.

With sleep apnea, the sleeping person tends to have periods when he or she stops breathing and nothing can be heard. The good news is treatment that keeps the breathing passages open and oxygen flowing can yield fast results, Dr. Arnett said. “Blood pressure comes down really quite quickly.”